Weathering the Storms of Outdoor Venues

When one does a craft booth at an outdoor event, one must be flexible…one must accept the unique challenges of that specific venue, and find a way to display one’s product to its best advantage.  One must always take weather into account in preparing for outdoor events, and one must be prepared for the worst.
After over a year with no outdoor events, we approached the Country Life Fair at the Pomeroy Farm with some trepidation.  Not that we were anxious about the event itself; this has always been one of our very favorite places, as our kids grew up volunteering on their Living History Farm, and our family has spent many happy hours there.

The thing was, we had purchased a new canopy that we had never set up before, and we also had updated our display from homemade wooden racks to a more professional gridwall system, which we had not used at an outdoor event before.  On top of this, we had to set up both booth and display the morning of the event, since we had opted not to make a separate trip the night before, in order to save on gas.  Complicating the whole situation further was the fact that I had injured my back that week, and was still having some pain and needing to be careful not to re-injure it.

To prepare for the sale, we decided to set up the canopy in our back yard, to make sure we knew how to do it properly.  We were so glad we did this, as we discovered that the new canopy was much more complicated to set up than our old one.  Some of the features we had liked when we bought it, turned out to be quite a pain when setting up and taking down the canopy…such as the  8 screws that keep the edges of the canopy roof in place.  These all had to be carefully unscrewed and then re-screwed after the roof tarp’s grommets had been placed over them, which took much more time and effort than we were used to.  We then found that we could not get the canopy raised to full height…we simply were not strong enough to force the telescoping leg pieces up far enough, with the full weight of the roof tarp on the roof frame.  After much effort, and almost despairing of ever getting the roof raised, we finally discovered that if I crawled under the framework and pushed up with all my might on two of the roof ribs at once, my husband could just barely force the telescoping leg piece into position.  After we had completed the feat of getting the whole roof and legs raised to full height, we put a couple of the side walls up, and decided to call it quits for the evening.  We disassembled the canopy and stowed it away.

The first day of the sale arrived, and we headed up north to set up.  The weather report had indicated showers for both days, but we were able to set up dry, which was a blessing.  We struggled to get the canopy up, but were thankful that we had already figured out how to get it to work!    Getting the walls to all zip together was a bit of a bear, but after re-doing it several times, we finally got it all put together.  We hadn’t really made a firm decision how to set the gridwall up before we arrived, but were able to come to a consensus fairly quickly and get to work on the setup.

We really like the gridwall, and wish we had invested in it years ago.  It takes a little longer to get all the fixtures in place, but it makes a very nice display, and can be set up and configured differently for different spaces, which is great for doing shows in different locations.  Over the years, we have had spaces as small as 4 x 6 feet, and as large as 10 x 20 feet.  Each venue has its own specifications and space sizes, and it is good to be able to change the setup according to the space available.


We got everything set up, and were able to relax and visit with customers the rest of the day.  My husband, who often does a spinning demo during our sales, brought out the wheel and began to do his thing.

The weather varied from partly cloudy to rainy, but we were warm and dry inside the canopy for the most part (though I did go home and curl up under an afghan that evening).  At the end of the day, we packed our product in bins and stacked them in the middle of the canopy, to protect them from any moisture that might accrue during the night.

The second day of the sale did not start out well.  First, we got a late start; then, on the freeway heading north, we hydroplaned several times on water that was standing in ruts on the roadway.  We prayed for safety, and pressed on.  Arriving way later than we had intended, we found standing water on our tables and bins, and water droplets on all the racks.  We had brought a roll of paper towels along, and used up the better part of it drying things off.  We then scrambled to get the product set out before opening time.

The sun did break through a few times during the day, but mostly it rained…heavy rain that hit our canopy hard when the wind would gust.  We discovered that our canopy was water resistant, not waterproof, as we began to feel thick drops hitting us.  There wasn’t much we  could do, though I did shift my chair to a slightly different position after I noticed that I had a sopping wet spot on my clothing where the water kept dripping from the same spot in the roof.  Thankfully, most of the drips seemed to be on our side of the canopy…the other side, where the product was displayed, seemed quite a bit drier.  We were grateful for this, as we really didn’t relish the thought of drying out 10 bins of textiles at the end of the day! 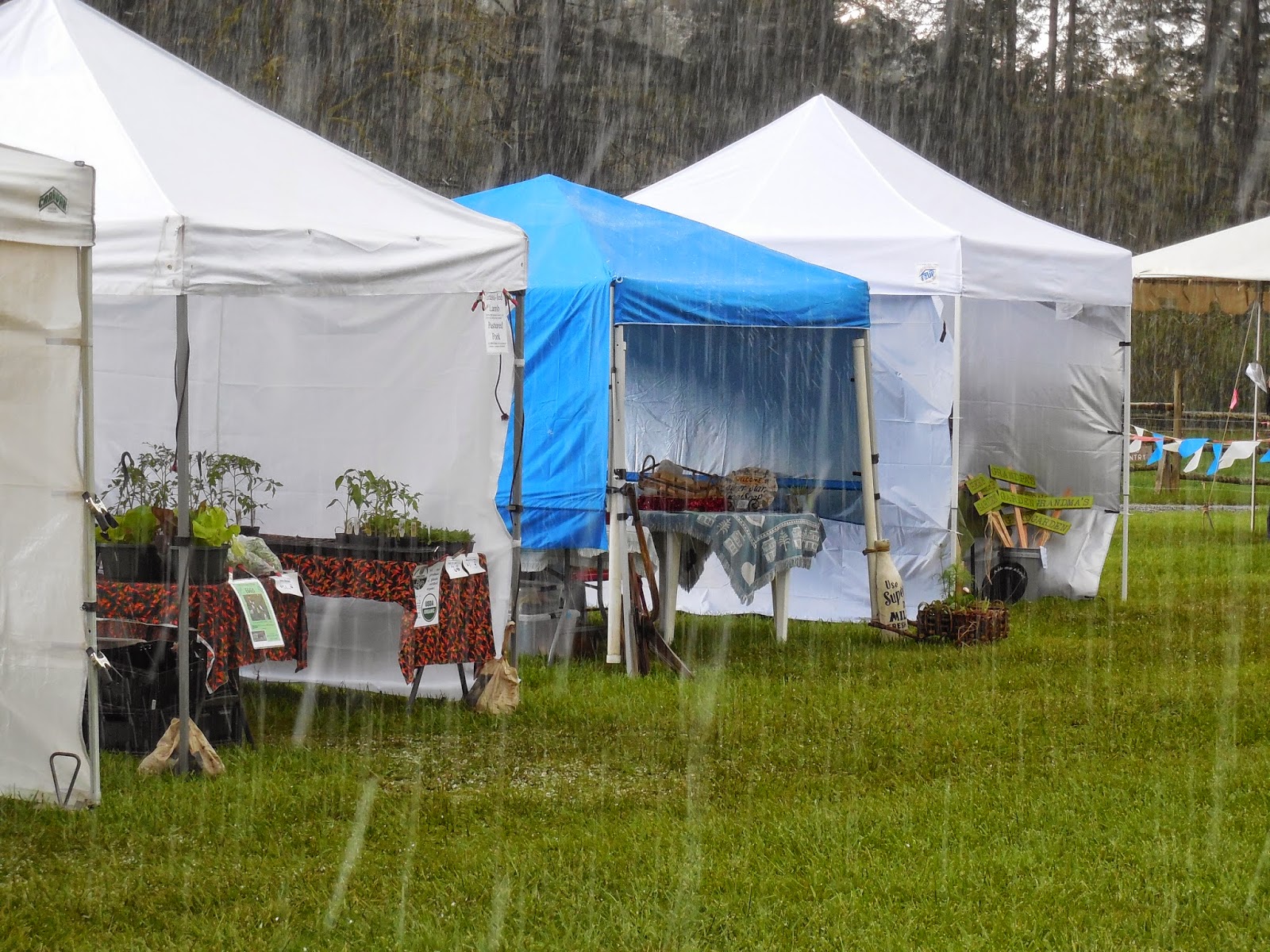 Towards the end of the day, we heard a rumble of thunder nearby.  The sky turned dark, and it began to hail.  Soon the grass outside our tent was almost covered by ¼ inch hailstones!

By this time, we vendors were just standing around gaping at the weather, as pretty much all the visitors had left for dryer, warmer climes.

About an hour before closing time, Bob, the man in charge, came around and let us know we could leave early.  No one seemed to have a problem with that, so we all began packing up.  Our product usually takes longer to pack up than most other products, so we were not surprised to find ourselves the last vendors to take down our canopy.  As we lowered it and began to take off the tarps, it was a steady downpour.  It continued to pour as we unscrewed the roof tarp and peeled it off the framework, and as we folded up the frame and packed it into its case.  But just as we were getting everything loaded into the van, the sun broke through, and there was a beautiful double rainbow arching over the valley beyond us! 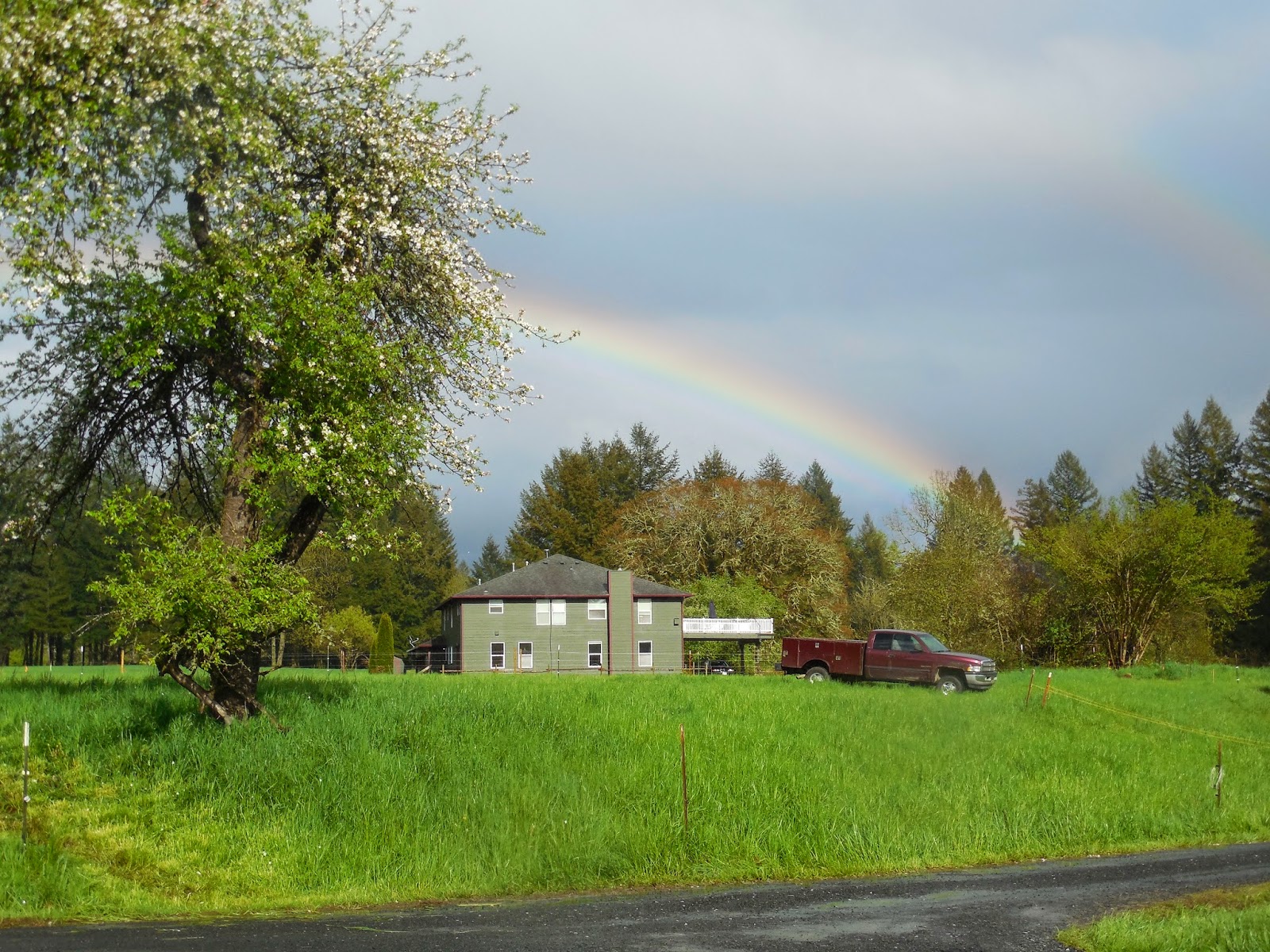 A few moments later, the sun showed up in all its glory, casting its glow on a sweet little snowman someone made of the hailstones. 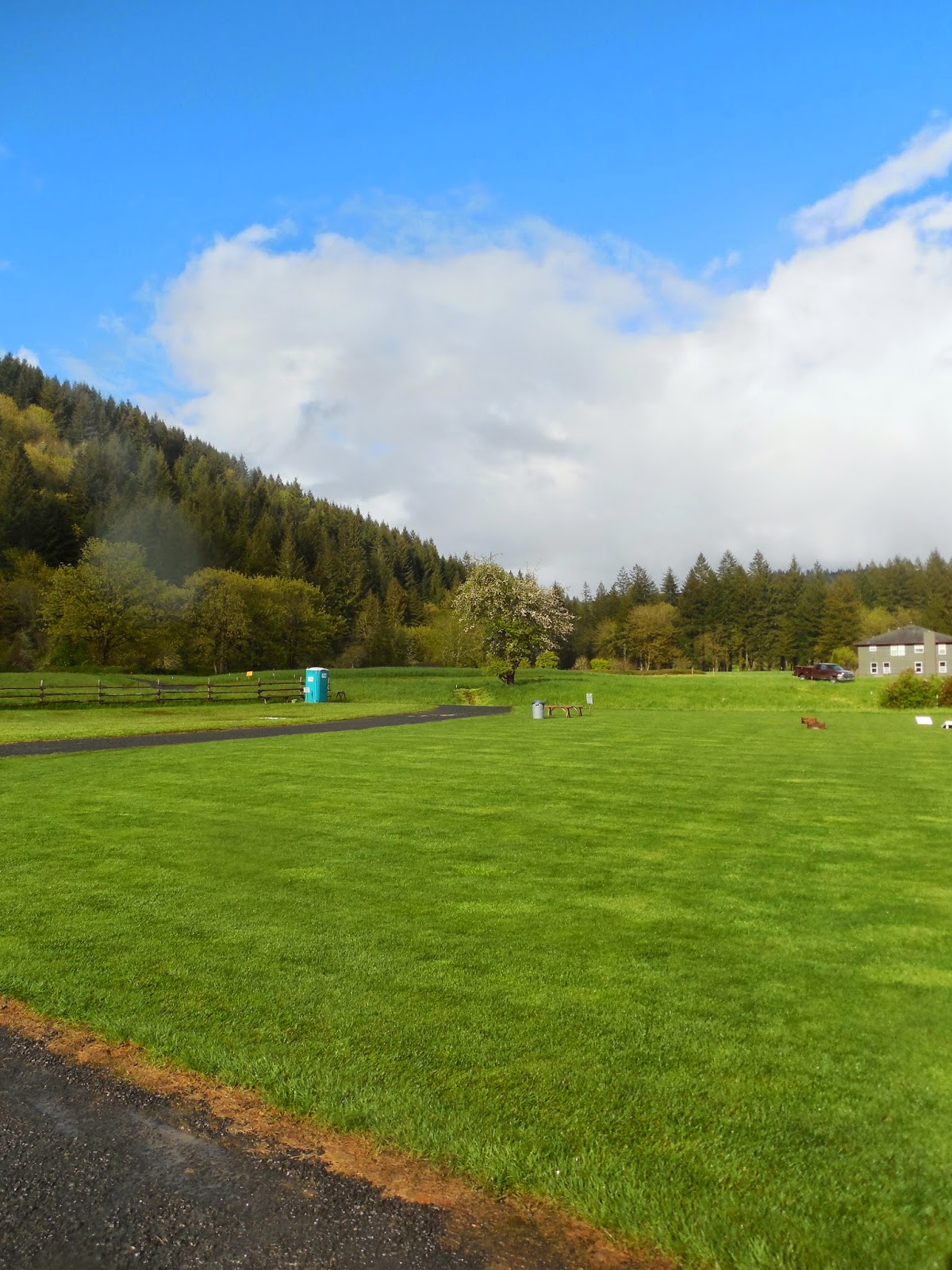 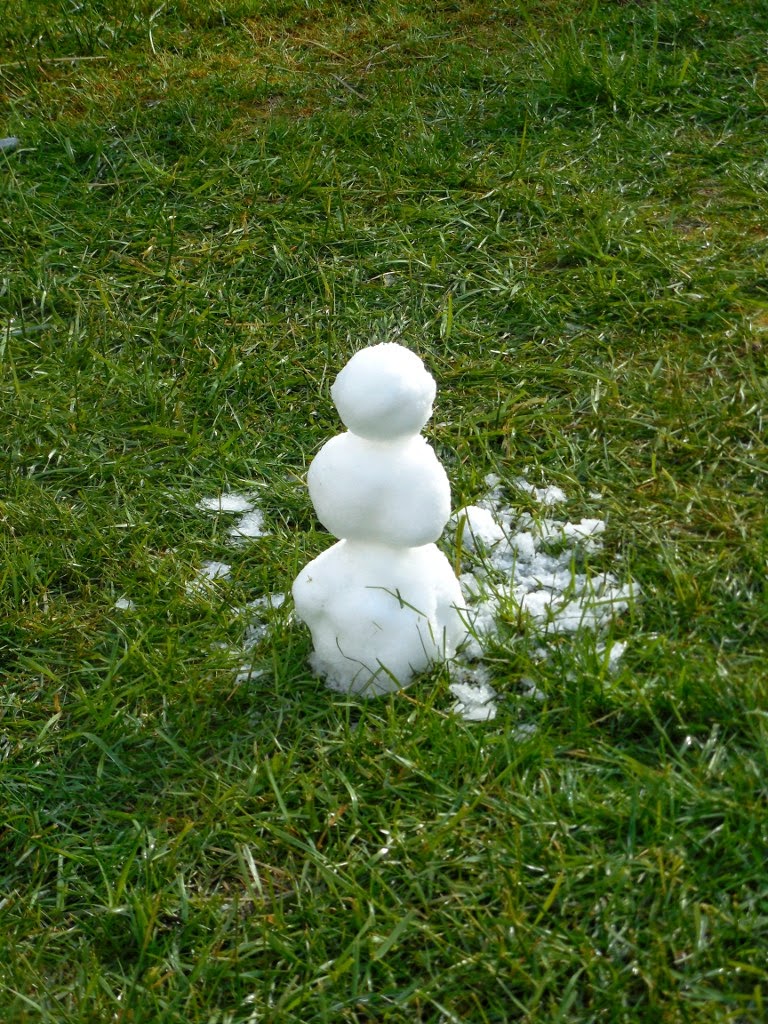 We heaved our weary bodies into the van, and headed home, reveling in the warmth and beauty of the sunlight after a dark, wet, dreary day.