The Story Behind the Diamonds Twined Knitted Cap 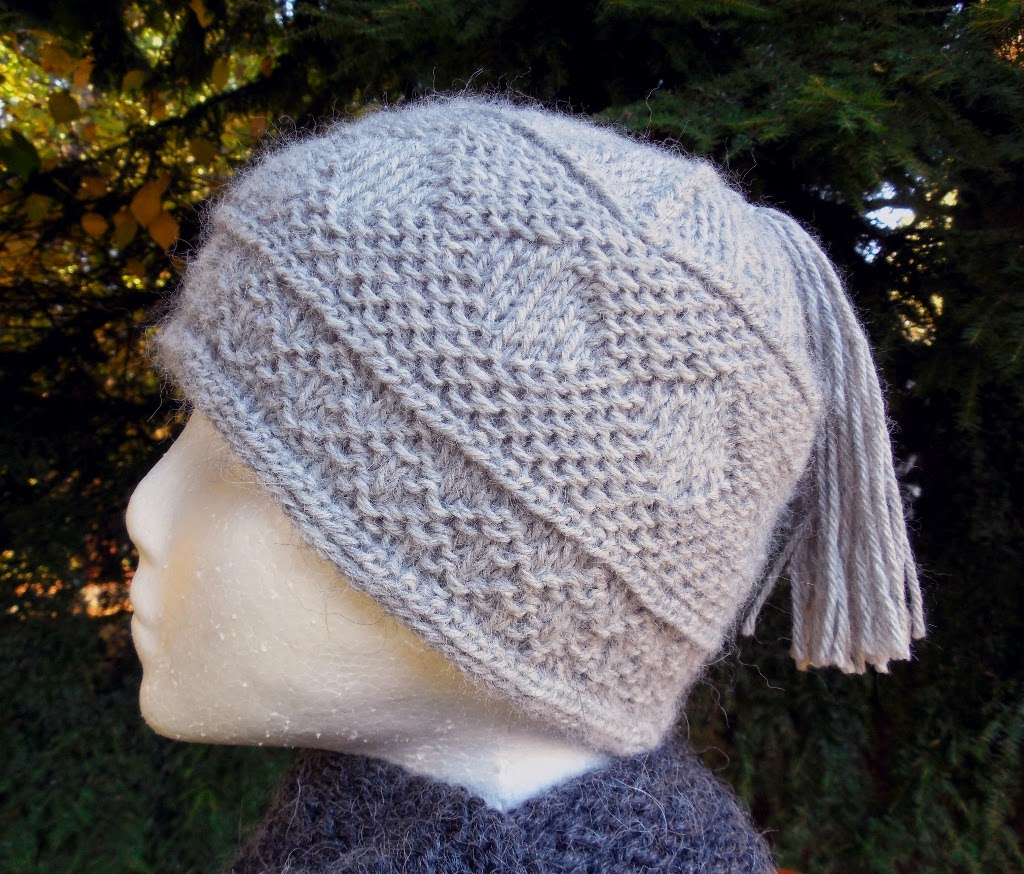 Some years back, I acquired the book Twined Knitting: A Swedish Folkcraft Technique, by Birgitta Dandanell and Ulla Danielsson and translated into English by Robin Orm Hansen.  I was intrigued by the rich texture of the mitten-in-progress on the cover, and wanted to see how this technique was done.  I love learning new techniques, and applying them to my own knitting.  So as I read through this book and swatched some of the stitches, I dreamed of a hat in my own design in this technique. 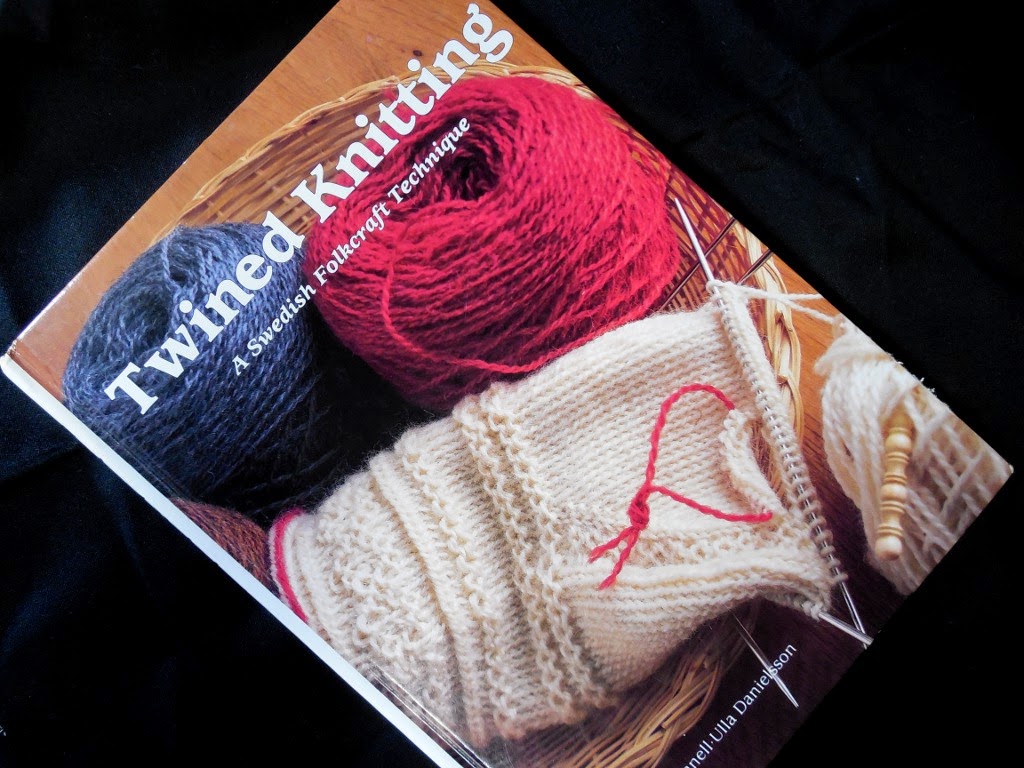 Twined knitting is a fascinating technique, which uses two strands of yarn (generally both ends of a center-pull ball) alternately throughout the knitting, which is typically done in the round.  To knit each new stitch, one must let go of the yarn used for the last stitch, and pick up the yarn from the stitch before it, bringing it over the yarn last used (for a knit stitch), or under the yarn last used (for a purl stitch).  This twists, or twines, the yarns  together on the back of the fabric, for a knit row, or on the front of the fabric, for a purl row.  The fabric created is somewhat thicker and firmer than a regular knitted fabric.

If you work two entire rounds of crook stitches, keeping the purl yarn always at the front and the knit yarn always at the back, and working k1, p1 around on one round and p1, k1 around on the next, you will have a Chain Path.  Working several repeats of this Chain Path pattern creates a honeycomb-like pattern (see the backgrounds of the diamond patterns above).

I decided to use both Crook Stitches and Chain Paths in my cap design.  I used some lovely, buttery-soft yarn from Cascade Yarns, Cash Vero, to create my prototype cap.  The cap turned out beautifully, and I was very pleased with it.  I submitted a photo of this cap to the book 1000 Fabulous Knit Hats, and it ended up being used in the book, along with some of my other hat photos.  The cap was a hit with my local customers, and the original prototype soon sold.


After a couple of people had inquired if the cap pattern was available, I decided to write up the pattern for publication.  After all, it was one of my favorites.  I went to order more of the yarn, and found that it had been discontinued.  I asked Cascade if they had anything similar, but the options they suggested somehow didn't seem quite right.  I finally decided to use their Alpaca Lana D'Oro, which is a soft and warm alpaca/wool blend, but a little thinner than the Cash Vero.

Using my notes from the original prototype (which were not complete, but did contain charts of the pattern elements from the original cap), I was able to knit another cap using the same number of stitches.  The cap seemed just a little bit small for an average sized head (Truthfully, the original was a bit on the small side, too).  I upped the needle size from a 7 to an 8, which made the cap slightly less dense and a little larger.  I also decided to try designing a medium and large size in this pattern.  Since I have not published multiple-size patterns before, this took extra time, as did writing instructions for the techniques needed to knit this cap.  After making a number of these caps in different sizes and yarns, I finally solidified the pattern and got it ready to publish.