Variety is the Spice of Life

I recently published a new pattern.  It took quite a long while to get the pattern written up, for a couple of reasons.  First of all, the yarn I had made the original prototype from (a couple years ago) had been discontinued.  Secondly, I wanted to include several sizes in the instructions, and wanted to actually knit them up and make sure they worked.  And thirdly, I had made a number of similar tams which were variations on the theme, and wanted to include these ideas as possible variations for the pattern.

This particular tam was inspired by some beautiful, bright, rainbow-colored yarn with long color repeats.  The tam is constructed using kite-shaped wedges for the top, and I thought it would be fun to make a tam in which each wedge would be a different color of the rainbow.  I tried it with Bernat Mosaic yarn, and it worked pretty well. 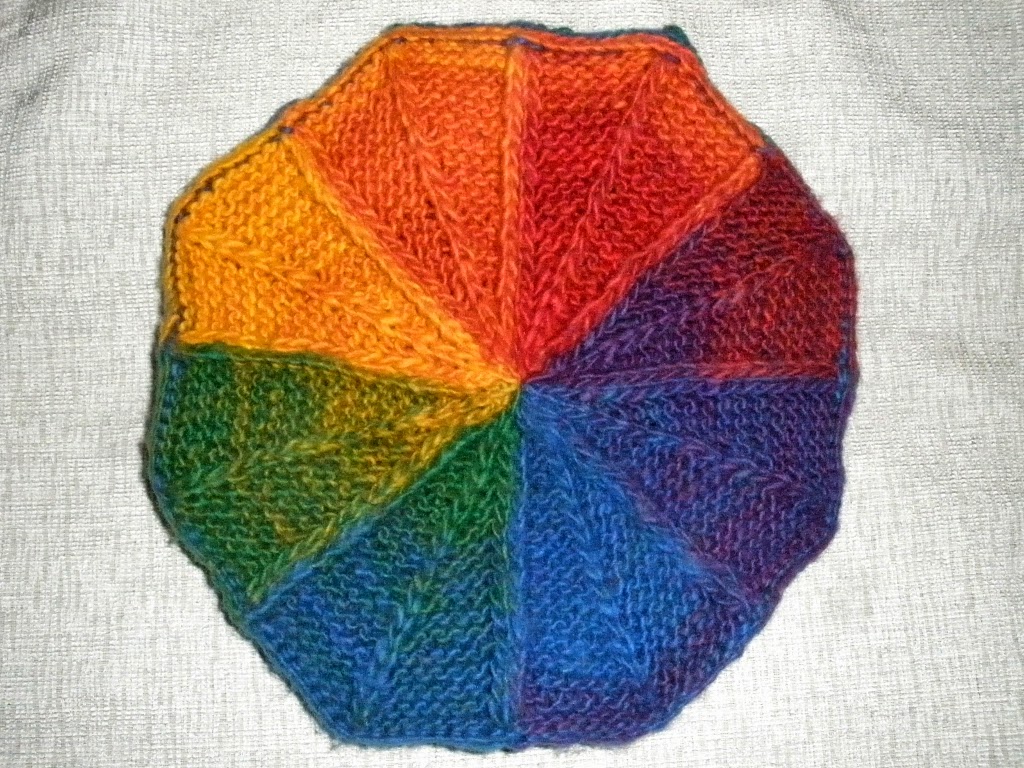 The tam was colorful...really colorful.  I knitted the body of the tam, then worked a section of ribbing with a couple rows of bobbles.  It looked pretty spectacular, if I do say so myself. 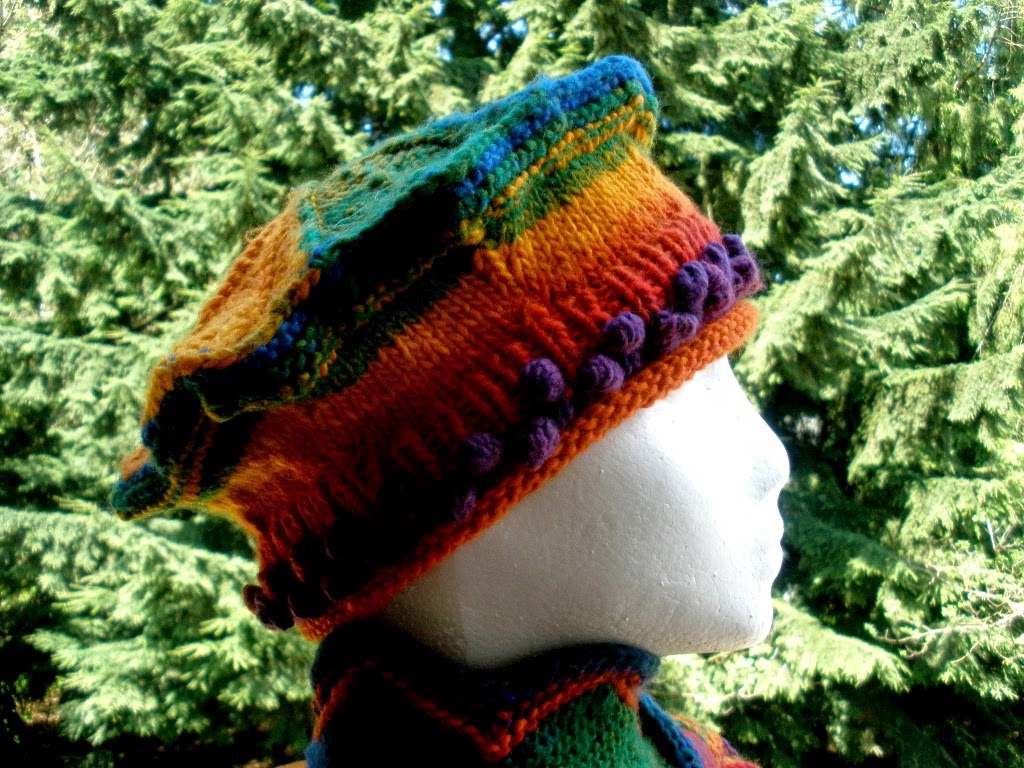 But when I found out the yarn had been discontinued, I had to find something else.  I settled on


Red Heart Boutique Unforgettable, which not only had a long color repeat, but also a lovely sheen.  I loved the Dragonfly colorway, and quickly worked a tam up.  It worked! 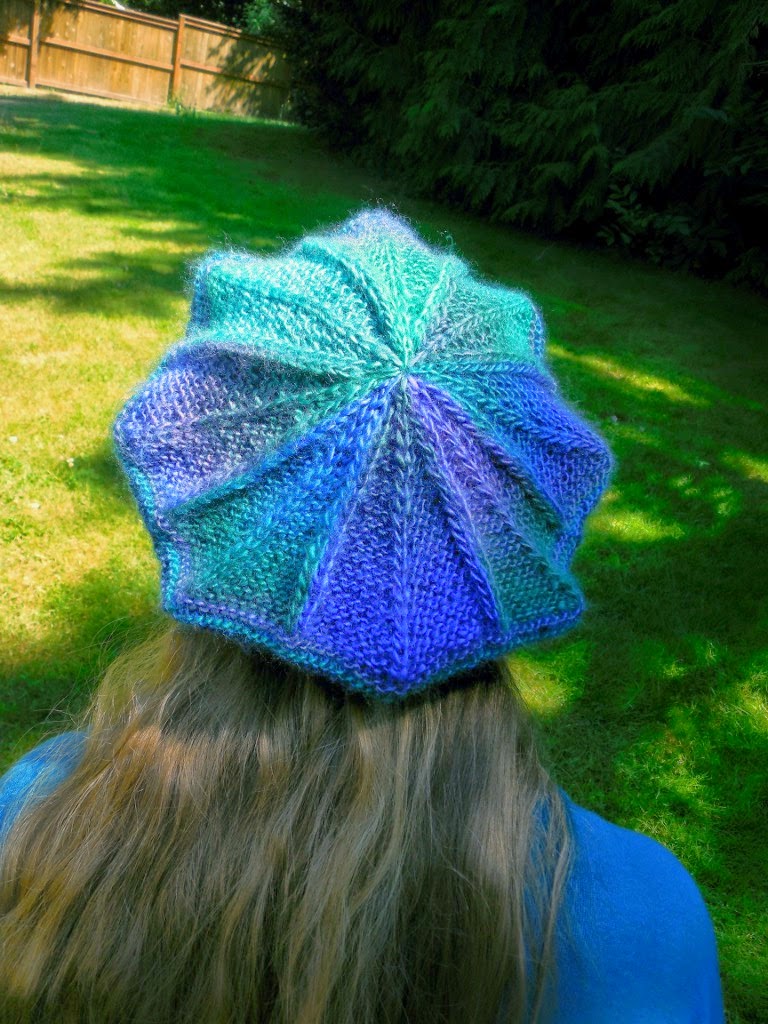 The yarn fairly glowed.  And the bobble rows turned out different colors, just like in the other tam. 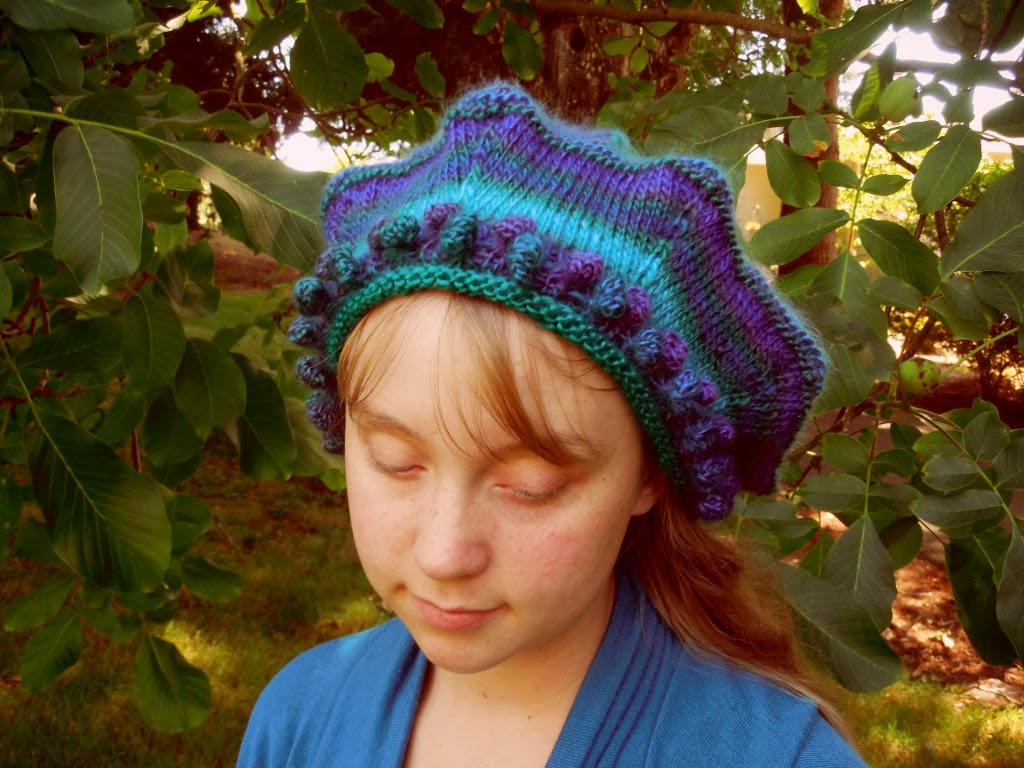 I made tams in a couple of other colorways, and then faced a new decision.  I had made a very similar tam in this modular technique, using two colors of yarn.  Should I include the directions for this as a variation to my pattern?  Or should I publish it separately, on its own? 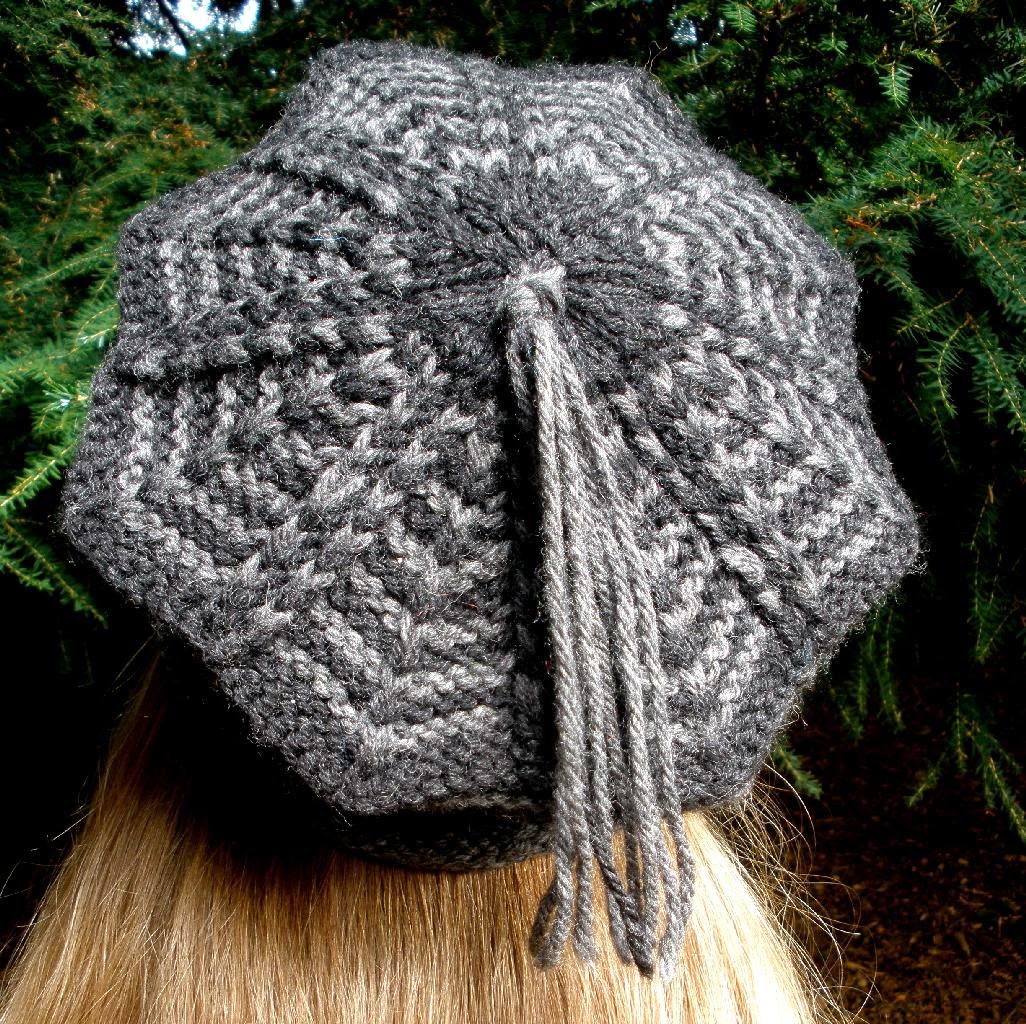 I got some yarn in two colors (solid colors this time), and tried working up the new pattern in two colors.  I figured that I could write it up as a variation to the pattern.  I did this, but called it by a different name (The Zigzag Tam) to distinguish it from the original (The Victoria Tam). 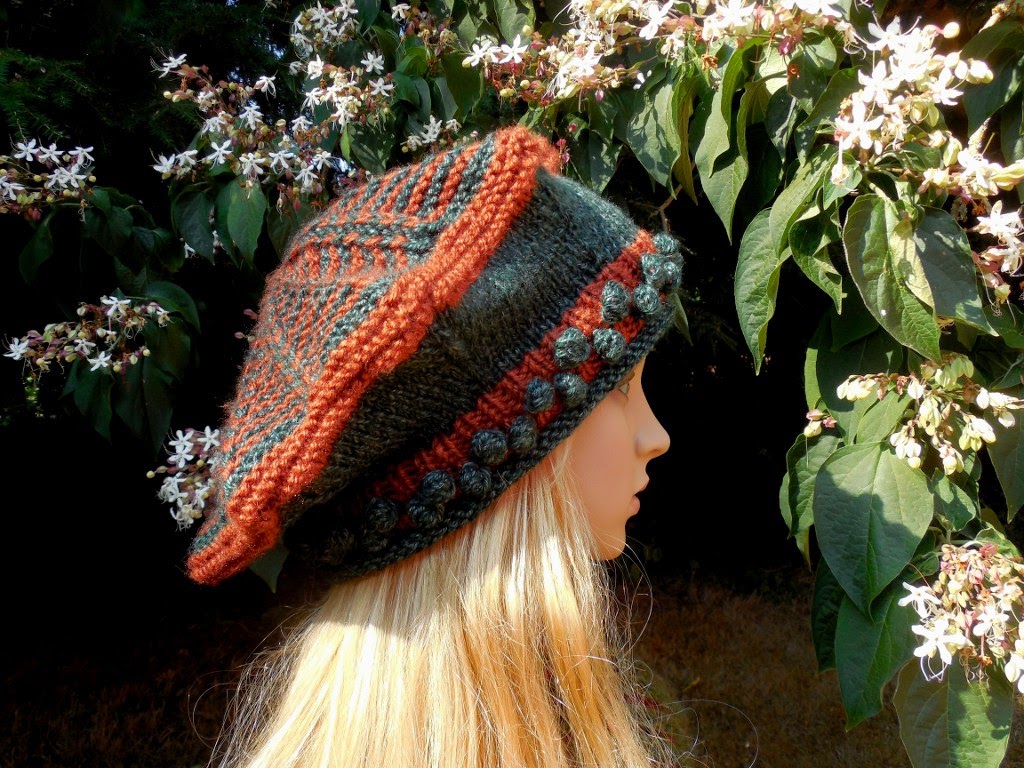 I began thinking about other possible variations.  The tam could be made in just one color, for a textured effect, or in two colors with one for the tam top and one for the body. 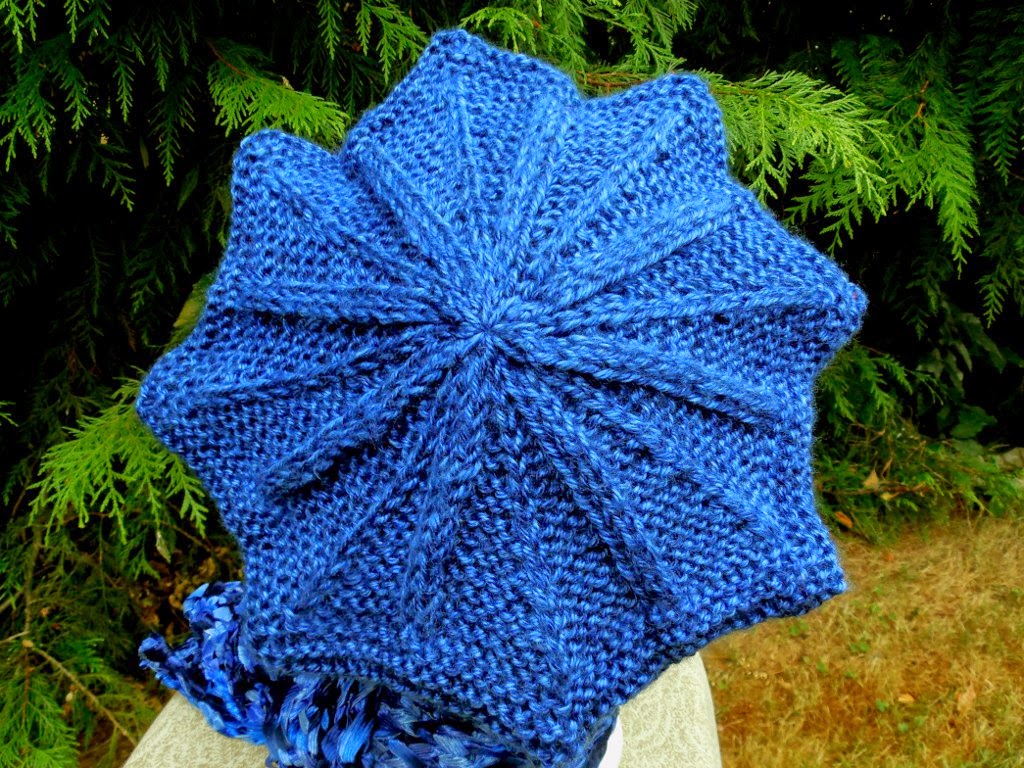 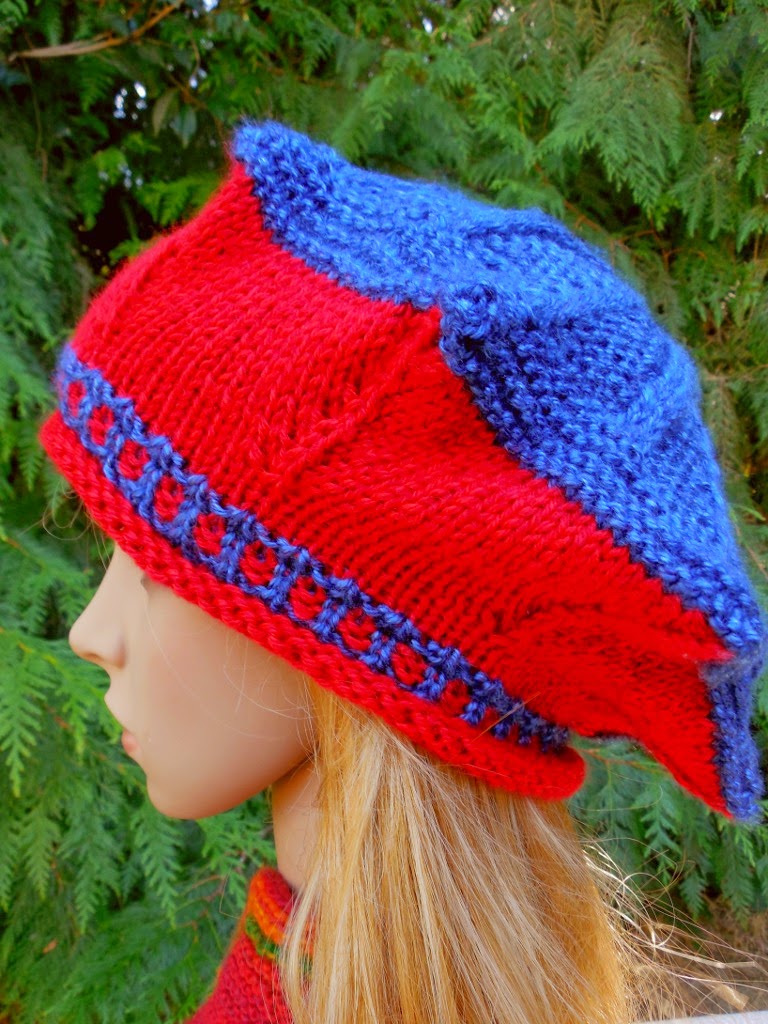 And what about using a variegated yarn with a shorter repeat? 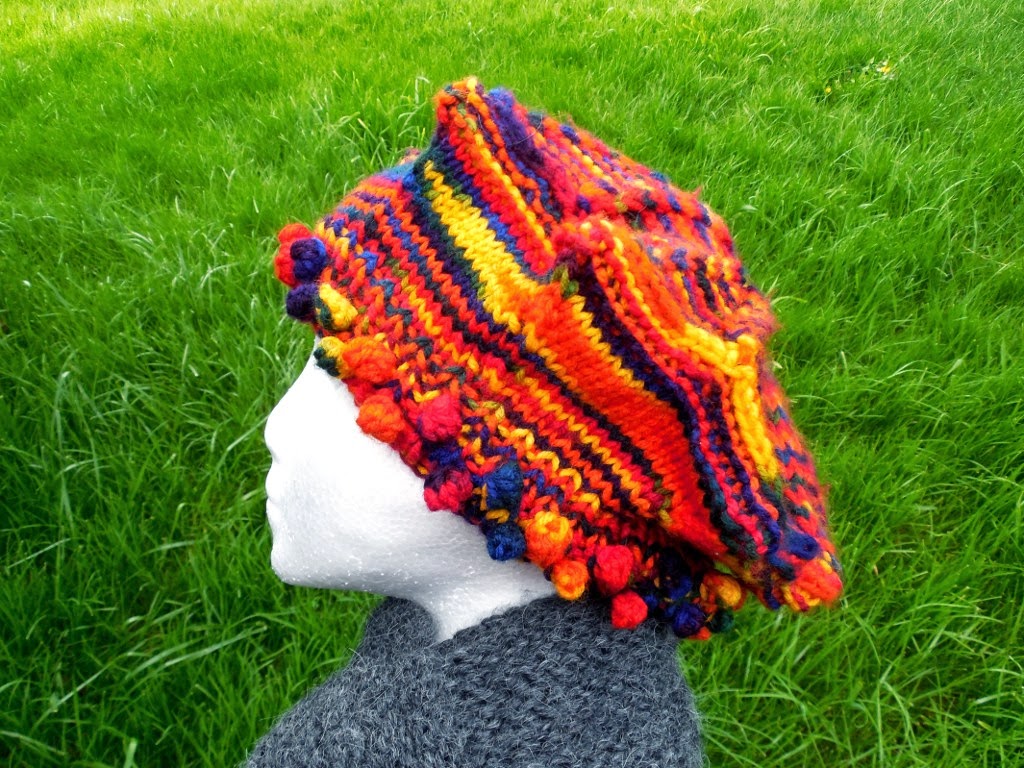 Finally, I remembered that I had made a modular tam several years ago in which each kite-shaped motif was a different color.  So I included that as well, for inspiration. 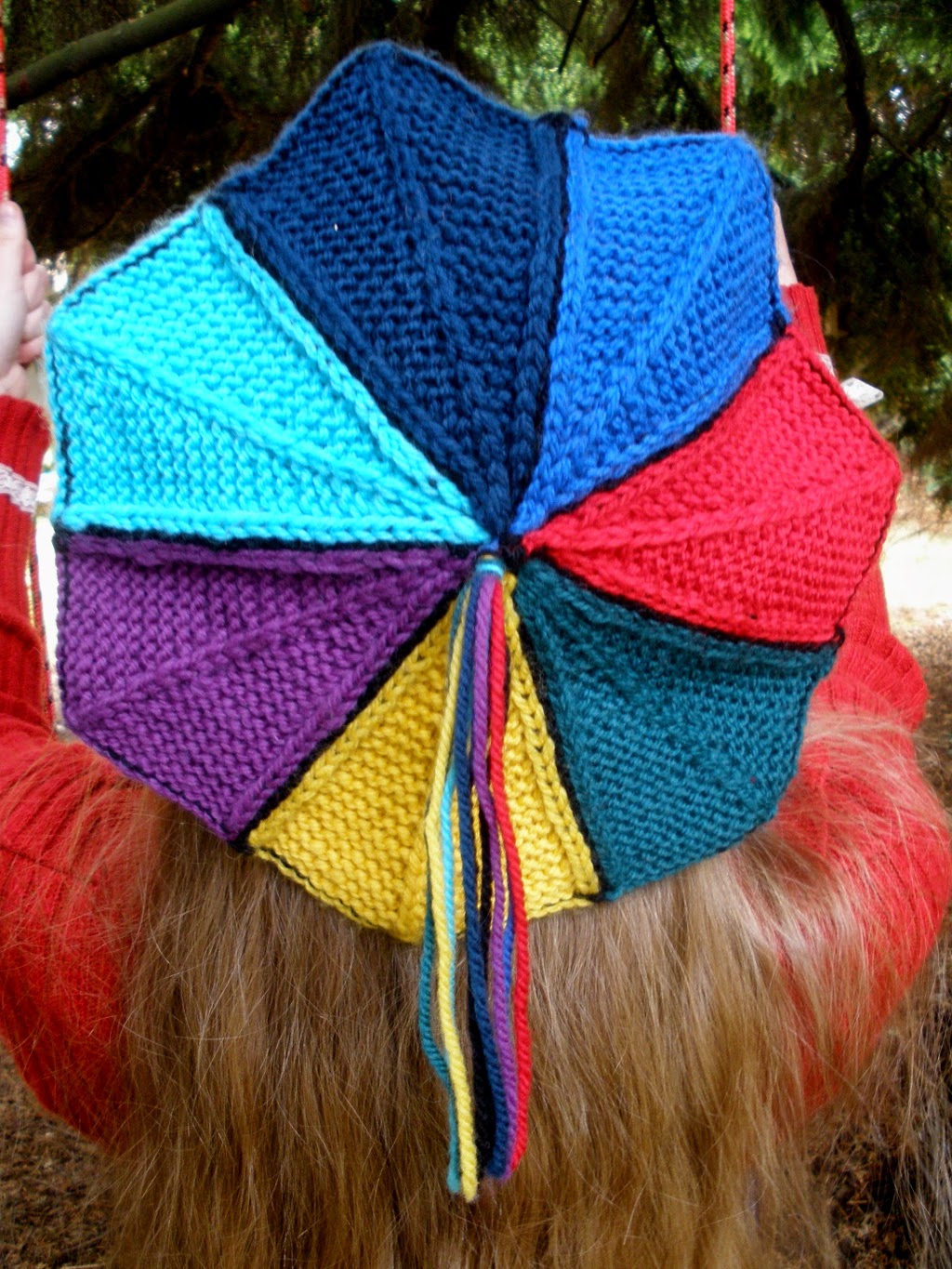