This is the last post in this series...a total of 12 ways to style a knitted scarf.  Hopefully some of these are new to you...I'm sure most of them have been done before, but they all came to me as I was styling these scarves for my photographs.  Enjoy! 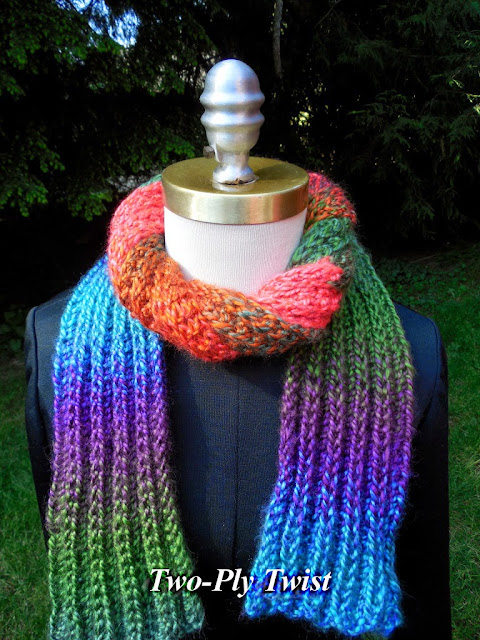 Fold the scarf in half; hold the two ends with one hand, and place your other hand inside the fold.  Circle your hand at the fold so that the two ends twist together, forming a 2-ply cord not unlike a piece of 2-ply yarn or a twisted cord.  Keep twisting that folded end of the scarf until the whole length is nicely twisted, making sure you hold the other end securely so that it doesn’t lose the twist.  Wrap the scarf around the neck and pull the ends through the little loop that is around your hand.  Snug this larger loop of “plied” scarf that is formed by pulling the ends through your end loop up close so that it fits comfortably around the neck.  Now, you have some options:

1.  Bring each end forward on opposite sides of the neck, and allow them to untwist.  Tuck them
under the twisted loop, just to keep everything secure (see main photo).

2.  If  you like, after bringing the ends forward, tie them in a half knot. 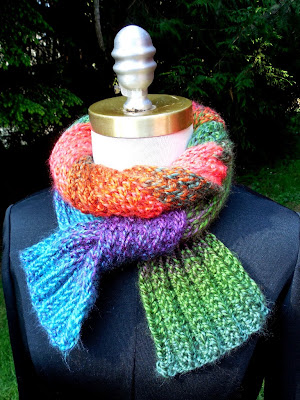 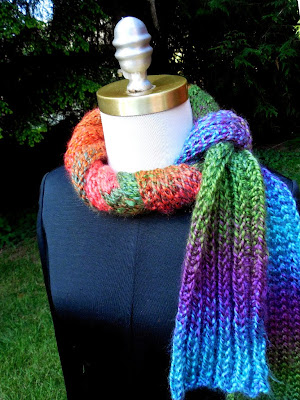 4.     Slide the connecting loop all the way to the front so that the ends hang down at the front. 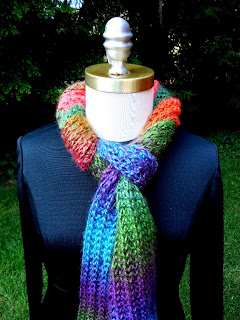 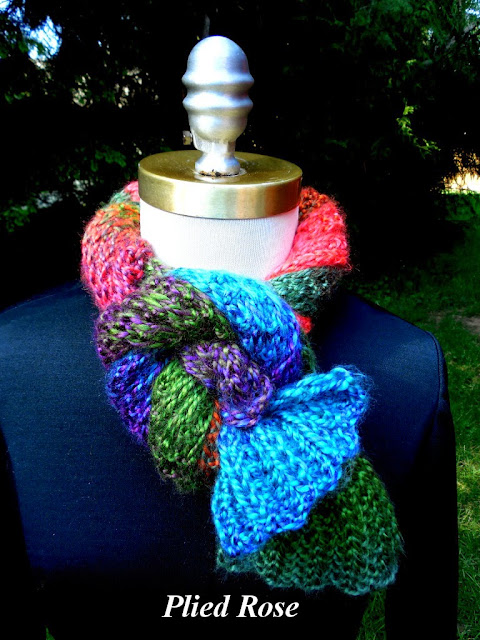 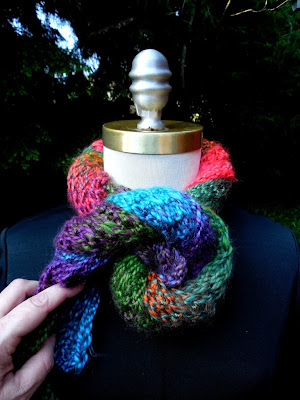 Arrange the ends so they flare out prettily. 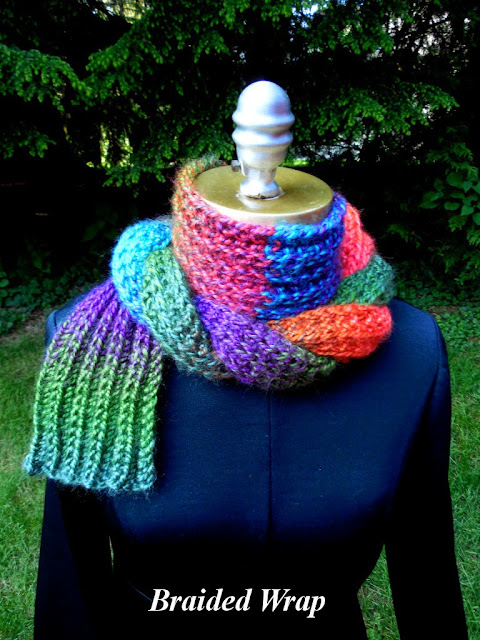 The idea of this one is somewhat similar to the Two Ply Twist.  Wrap the scarf around the neck.  If you are tying this one on your own neck, place the center of the scarf at the back (and later slide it around to the front); if  you are tying it on someone else, place the center of the scarf at the front of the neck, as shown in the photo.  Cross the left end of the scarf over the right end, as shown above; then without twisting the ends, cross the left over the right again, as shown below.  Continue crossing them in the same direction over and over again until you have formed a braid. 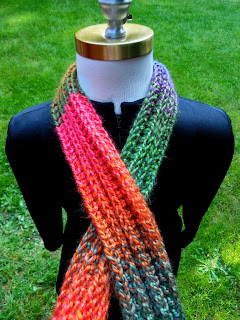 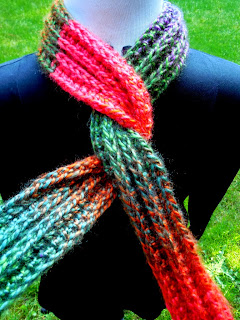 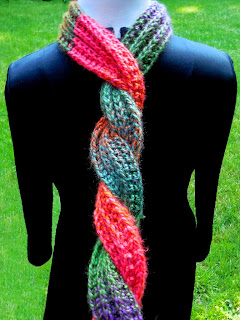 When you have braided almost the entire length of the scarf, wind the braid around to the front and again toward the back of the neck. 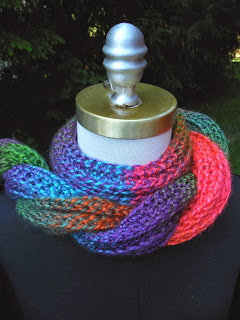 See the orange loop at the back of the neck?  That is the beginning of your braid. 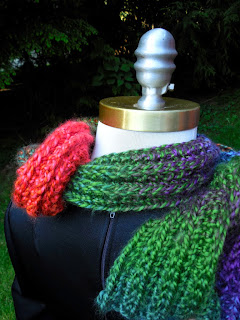 Choose one of your free ends (preferably the shorter one) and tuck it through that loop. 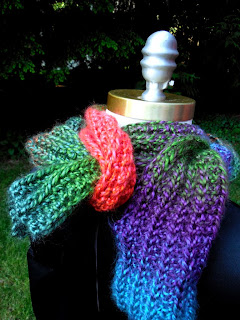 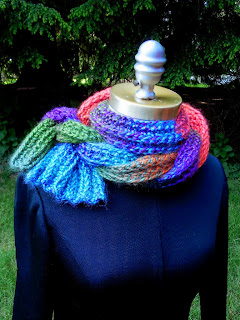 Tie the two ends together in a half knot.  Ta-Da!